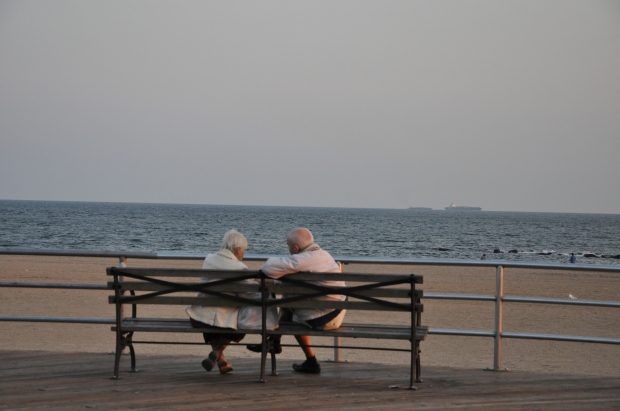 They say that walking in New York is a better alternative amidst the combined bad traffic and public transportation that isn’t always a door to door service. The UN General Assembly meeting, which was held last week, has proven it more that there’s no choice but to lace up your walking shoes.  It was indeed an interesting experience especially witnessing the traffic frenzy – obviously a traffic nightmare for New Yorkers.

The big apple was in chaos.  But I have to say that it was a relatively controlled and organised chaos.  During the entire week, a number of hotels were chosen as meeting venues and these were apparent because of the presence of US Secret Service and media cars parked within block proximity around these hotels.  One time, I left my hotel and was instructed to which direction I can only go.  I was also warned that I will not be allowed to be back in the hotel until a certain time.  To my surprise, even some of the workers at the hotel were policed.

They also say that in New York, there’s always a good chance you’ll see a famous person on the street.

On Tuesday afternoon on my way home to the hotel, I spotted Sir Richard Branson standing with a lady on the corner of 52nd West St and 6th Ave. I had to think twice if he was really Branson. A few seconds later a pick up black limo pulled over on the corner. The lady got into the left hand side of the back passenger door while Branson walked in front of the car to go around the right hand side of the back passenger door.  As he was going around, a truck drove passed parallel to the black limo.  The truck was so close to the black limo that made him impossible to get into the car.  He was almost squashed but luckily the car moved sideways and by that time he quickly decided that it would be safer to take the front passenger seat.  Too bad I did not have my camera to capture that very moment.  It was hilarious!

The past few weeks I have explored NY by foot but the night of Wednesday, September 21st, it was a different experience.  I was invited to a party in the very trendy hotel INK48 on 11th Ave located in the Hell’s Kitchen district and managed to string along Sam & Travis.  The venue was held on Rooftop patio exclusively for a full-length CD release party for a billionaire Ivan Wilzig aka The Peaceman. Ivan is launching his debut CD “I Am Peaceman”.  It rained a bit but it didn’t stop his guests from going out to the undeniably humongous rooftop outdoor deck to enjoy the spectacular view of the city night skyline.

It was a stylish and awesome party – fabulous food was served and open bar for 4 hours. Some of his guests were some local actors, NY media and rich socialites. The Peaceman is likely to visit Australia next year to do a tour.   He is also known for his philanthropic work, donating every cent of his recording artist net profits to his private foundation, The Peaceman Foundation which supports an array of charities.  His passion is music and certainly not making money.

The next day I visited Brooklyn – took the N train subway line to Coney Island for a walk along the historic Coney Island Boardwalk. 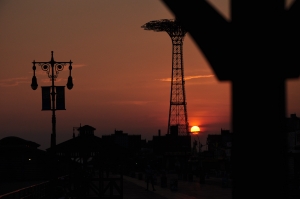 Walked in the dusk along Surf Avenue, which is the heart of Coney Island past the world famous Astroland Amusement Park.  I left the place and took the local bus to Sheepshead Bay and had dinner at the El Greco Diner on Emmons Avenue. I was seated outside on the patio facing the water as the boats came in from the days fishing.  The view was amazing. 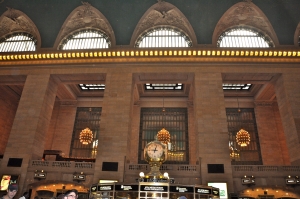 Friday, September 23, we visited Katonah & Bedford.  From Grand Central Station, the most impressive and historical landmark masterpiece I’ve ever seen, we took the MTA Harlem train line to Katonah, NY. Katonah is a hamlet in the Town of Bedford and is just 50 minutes north of NY. This community dates back to the 1600’s and is known to be the ground for the early settlers of America. I walked around the Katonah Village, a quaint little place with some charming little shops.

We left Katonah and ventured into Bedford Village by car and stopped by to have lunch at the Bedford Green in the center of town.  After grabbing a quick bite, we drove through the gravel roads of Bedford where the likes of Martha Stewart, Donald Trump and Mariah Carey all have residences.  We also drove along route 22 to take a look at the large ‘Bedford Oak’, which is amazingly over 300 years old!

I culminated my week by dining at Buddakan, an Asian restaurant located in Chelsea Market.  My friend Sam raved about this great venue.  As you walk in to the lower level and go down the steps, you will immediately spot the long table where ‘Sex and the City’ Carrie’s rehearsal wedding dinner was filmed. The ambience and sophistication of the place as seen in the big screen awed me so much.  Food was splendid. Chris, our server addressed all five of us by our first names.  He was very attentive and prompts about any dietary requirements we might have had.  This vibrant venue caters from a small to big group.  This is definitely an ideal spot for a nice and quiet drink, early or late at night. My favourite dishes on the menu were the desserts.  And if you are a chocolate lover order nothing but the ‘Crying Chocolate’ – it was the best one I had!

Tip for the week:  A reservation is a must a Buddakan and make sure you ask for a table downstairs.